The Hollywood Bowl is one of the most storied Performing Arts venues in this country, being an amphitheater constructed in the Hollywood Hills area of Los Angeles, California. It has been named one of the 10 best live music facilities in America and is known for its distinctive bandshell, which was renovated and increased in size for the 2004 season.

History of the Hollywood Bowl

The Hollywood Bowl opened on July 11, 1922, after the site was specifically chosen by William Reed and his son H. Ellis Reed, commissioned by the Theater Arts Alliance to find an appropriate location for outdoor seating performances. They found the ideal venue in the natural amphitheater provided by the Hollywood Hills, in a shaded canyon which included an already popular picnic spot called the 'Daisy Dell'. Over the years, various efforts were attempted to improve acoustics in the bandshell, and finally, in 2004, the original shell was replaced by one with vastly improved acoustics.

Performances at the Hollywood Bowl

The Hollywood Bowl has seen some of the greatest performers in American history grace its stage, and the list of celebrities is literally endless. President Franklin D. Roosevelt appeared at the Hollywood Bowl, as did Edward G. Robinson and Mickey Rooney. Fred Astaire danced there, as did Mikhail Baryshnikov.

Some of the notable musicians who have performed live at the Hollywood Bowl include Al Jolson, Louis Armstrong, Buddy Rich, Billie Holiday, Judy Garland, Nat King Cole, Carrie Underwood, Van Halen, The Doors, Elton John, Tom Petty, and the Heartbreakers, and twice in the mid-'60s, the legendary Beatles appeared at the Hollywood Bowl. Surprisingly, the all-time attendance record for the Hollywood Bowl was set in August of 1936, when French opera star Lily Pons attracted a crowd of 26,410 paid admissions.

The Series Role in Renovations

Throughout its history, The Hollywood Bowl has undergone several major renovations, which is not surprising, since it has been in operation for nearly one hundred years now. An upgrade to the amphitheater seating was recently embarked upon, with Series Seating as the contractor of choice to carry out the improvement in it’s performing arts seating. After a number of discussions were held, the Hollywood Bowl decided that Series Seating would be the best company to work with for designing a custom stadium seating product in their Super Seats sections that met the design style of the rest of the venue. The bespoke product that Series Seating ended up custom tailoring for the Hollywood Bowl seating is now named the Model-VW chair. 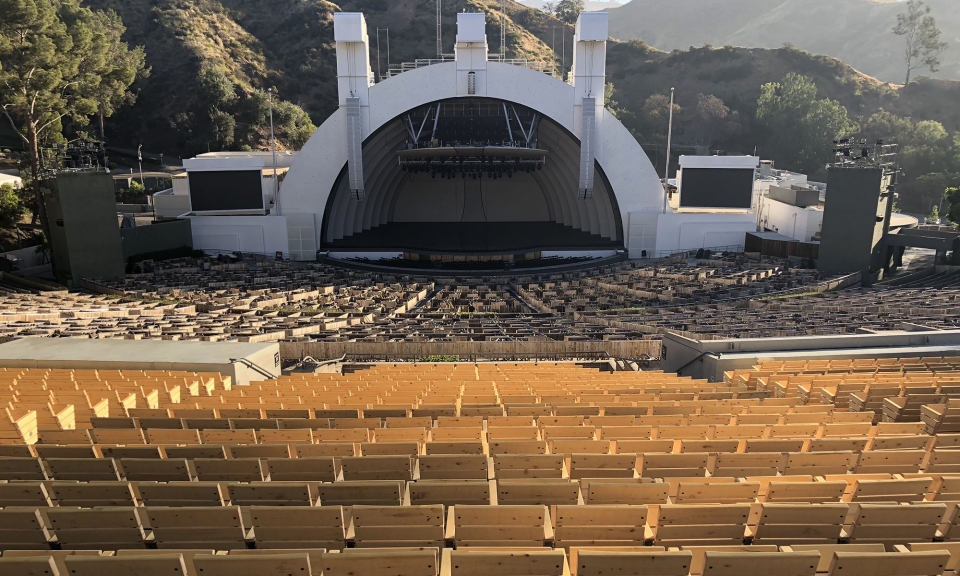 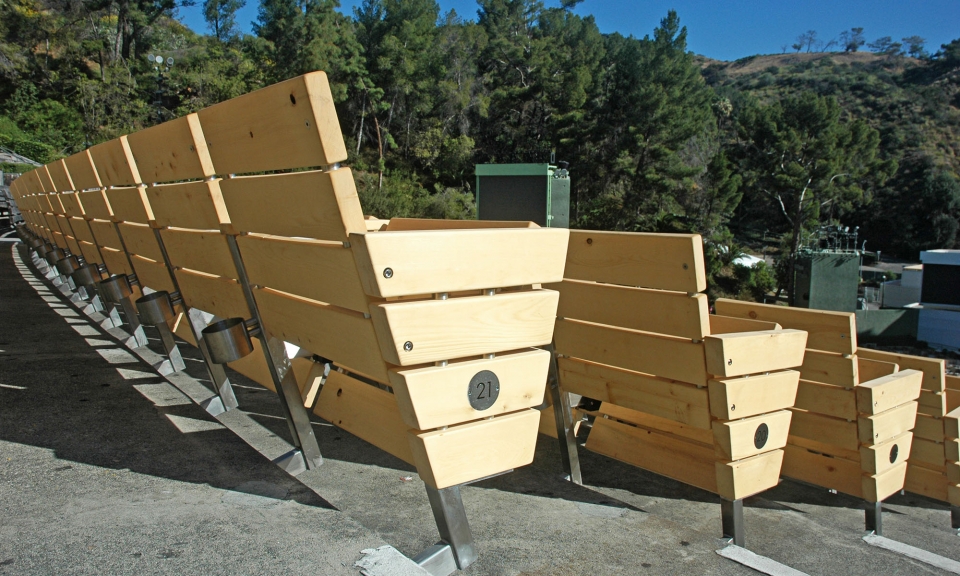 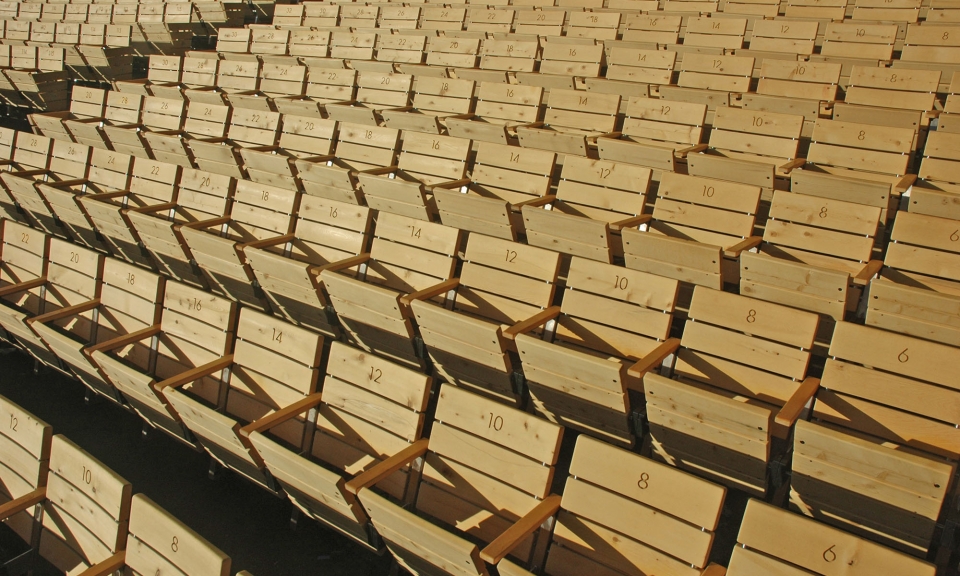 Features of the Model-VW Seat

The Model-VW is considered to be the perfect choice for seating at the Hollywood Bowl, since it combines the elements of durability and comfort, and is capable of withstanding exposure to the elements as well (remember, the Hollywood Bowl is an outdoor venue). Constructed from solid hardwoods, the Model-VW has a curved seat and back which provides maximum comfort for patrons, while also providing long-lasting protection from wind, rain, and sun.

The seat requires minimal maintenance, which was important for Hollywood Bowl officials, and it includes a 'silent seat gravity lift system', which ensures that the seat will always return naturally to its original position after seating. All components used in the manufacture of the Model-VW are made by Series itself, thus guaranteeing top-notch quality in every aspect of production. 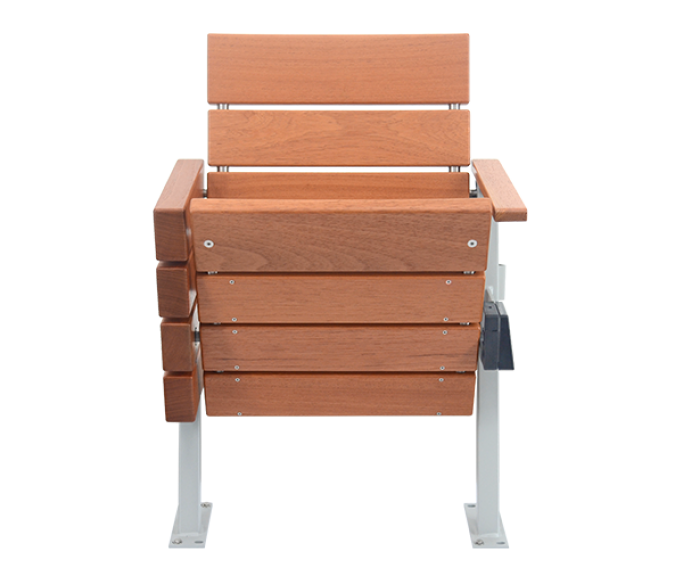 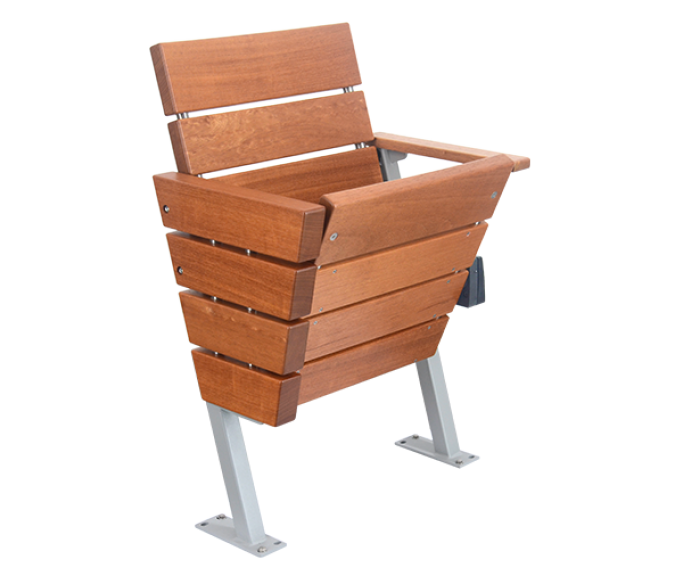 Why the Model-VW is the Best Hollywood Bowl Seating?

It's only natural that the Series Model-VW chair was chosen to provide seating for patrons of the iconic Hollywood Bowl, since that venue is ranked among the very best venues for live performances in the U.S. Only the best outdoor seating would have been appropriate for a venue with the history and the reputation that the Hollywood Bowl has earned over the years. The SERIES Seating Model-VW brings exceptional design, extraordinary manufacturing, and optimal comfort to patrons of the famous venue which has hosted some of the greatest musical acts in this country's history. It's literally a match made in heaven.

What makes the movie theater such a great experience? Is it the smell of fresh, buttery popcorn or hotdogs roasting on griddle? Is it the wide screens and surround sound? Or is it the great, cushy seats that allow you to relax and take in all the action up on the screen? Of course, all of those elements play a role in adding to the enjoyment of movie-goers, but we at Series Seating like to think that the seats add a lot more to the experience than most of the other components. As a movie theater chair manufacturer, we work with theaters all over the country, as well as in South America and Australia, to provide exceptional theater seating which can be enjoyed to the fullest by patrons.
//stage.proaws.com/blog/movie-theater-seating-manufacturer

Products Discussed In This Article:

No comments made yet. Be the first to submit a comment